Travels between the worlds 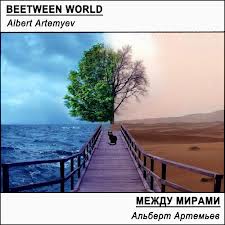 We see the world through the prism of our consciousness that today proved quantum physics . In order to see the invisible , you need to change the program or turn out in your mind , with the help of which we can see other worlds . To do this, in many cultures of the world , including our own, Slavonic , developed entire systems of interaction with the worlds around us as well as with their inhabitants .

How can you imagine traveling to other realities ? The transition between the branches of the Tree of Time ( Hronodendrita ) – is, in fact, the passage from one dimension to another , both through the door. We know that our three-dimensional space , ie composed of three mutually perpendicular vectors . Imagine now that our very physical space – is one of the vectors of higher hierarchy . Other vectors are time and probability , or event-driven variability . As time – this additional dimension for each tree and each reality is going inside the tree with a single ” branch ” on the other , we can stay in the same time interval . The transition between the branches or reflections perpendicular to the vector of time should , logically, be accompanied by a stop personal time traveler.

How to travel between the worlds carried our ancestors ?

Our ancestors used the map of the world for such a trip , which is the holy Sura . Sura – this map worlds , and a schematic representation of the types of the Most High , his physical body. Star Sura has 8 petals , and if eight multiplied by eight – get the sacred number 64. This number of ancestors in the seventh generation , and 64 is the notion of creation of the world, and it is a decimal system dvurichnaya and calculus by which we can realize the world ( Family of God and all its manifestations ) . If we turn to numerology , the Rhode Almighty – is the units digit and 6 +4 = 10, ie a unit with the transition to the new development is that symbolizes zero. As you can see , the number 64 gives a complete understanding of unity, then there is the Family of God.

What are the different ways to transition into other realities ?

Assume that the movement can occur in two ways: by using a tool created by any man-made ( portal ) or a method that does not require the participation of anything except the consciousness of the operator ( transfer). Also hypothetically describe methods and transitions. In the case of the portal border worlds torn in a certain place , and gaps formed between the channel through which a person moves from one world to another . When porting – channel and the gap space is formed. Conversely , the operator itself seeps through the border worlds. It is clear that the portal requires the operator side is less skill and energy as portal has its own source of energy.

The portal is a “door” between realities or reflections. It can be configured to a specific place or can go into many worlds and in different times. Some portals may be in certain locations (where they are built ) and can not move . This is just a place where the ” door.” Other portals can be a certain thing .

Presumably, the portal should consist of two parts : input and output. For example, if the output is disabled , the portal will not operate , or will return to the entrance. Portals probably may be unilateral or bilateral . Sided leads in only one direction , and go back through it impossible. Bilateral allows you to navigate and there, and back .

Reservations may look differently. From our ancestors left their set, and most of them are working . This mountain Bogit and Stone Tomb , this Dolmen in the Crimea, and many other places. Often generic Ohnište RPI conducts tours with trainings and practices in places of power.

Portals are visible and invisible . Invisible portal represents a specific place , which when released into the transfer process is initiated . Transfer is carried out forcibly or desired. Forced migration is similar to the movement of the pipe. He immediately brings man to the door, but only a certain part of the body is within the scope of its action. Option ” on request ” has the form holes (eg , shimmering air) between the point of entry and exit place . Through this hole can be experienced at the entrance , look at the exit site and see what is happening there, without moving the whole body .

The most dangerous move through portals – is at the exit from it to be inside of an object , substance , above or below ground.

Kozyrev mirrors
Portal to another dimension
Every hour of their life - terrible!
Recent Comments
Categories