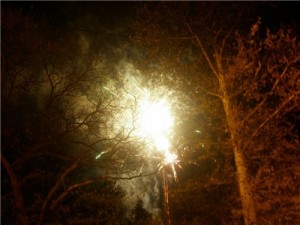 Thunderball – one of the unsolved mysteries still nature. Its very existence has been questioned repeatedly . She was considered a figment of the imagination . In one of the German physics textbooks of the late XIX century denied the existence of ball lightning as a phenomenon contrary to the laws of nature …

Paralyzed on his feet , healthy died

In fact, the fireball does not occur so rarely . Usually observed moving glowing balls that appear during thunderstorms , sometimes combined with traditional linear lightning. There were cases when the fireball seen outdoors. Sometimes she flies into space , getting there is not only through the doors and windows , but also through an electrical outlet , the handset … Sometimes she killed people, animals, causes burns , but the same is capable of doing and ordinary lightning. However, this is happening and that it is difficult to explain scientifically .
In July 1934 near the station Kotel’nich storm began . In the pole on the roof of the house local VG Fedorov was struck by lightning , and then there was fire in the air ring blue. It flew around the house and penetrated into the window of the room where there were two – a young man and a paralyzed man. Thunderbolt youth concussions , and the old man fell to the floor of the bed. Ring also turned into a fireball with a diameter about half that exploded , leaving a column of black smoke. The house caught fire.

But the most interesting consequences of this ‘visit’ . After 12 hours after the victims were assisted , the old man had lain before meeting with lightning paralyzed for several years , suddenly rose to his feet . The young man also died two days later . On the back of his head found a large dark spot .

Other episodes suggests that ball lightning is not randomly selects a certain place. March 22, 1914 in the town Pontiagre Croce near the church appeared fireball ELSE then disappeared , then reappeared . Suddenly, inside a kerosene lamp at the vicarage , adjoining the church , there was a small glowing ball, iridescent colors of the rainbow and just beneath the dark , like a sooty . Finally, he jumped out of the lamp with a terrible crash , from which all shook, the window glass flew , and flew from the roof shingles . Same ball flew toward the church, brought down the Iron Cross from the bell and almost destroyed the entire building : doorposts were torn , windows – carved wall facade and floors – mangled . Inside on the floor was littered with broken candlesticks and other church utensils .

Developments in the Kremlin

Over the centuries, the fireballs were observed more than once in the Moscow Kremlin . August 5, 1977 lightning struck the steeple of the Grand Kremlin Palace and raced toward the Assumption Cathedral, which at the time was being refurbished . A few seconds later in the nearby Cathedral of the Archangel fireball flew about five centimeters in diameter . At the same time , she described an S-shaped trajectory as the entrance to the cathedral consists of two pairs of doors , one of which was open right , and in another – left wing . Door- ball in a straight line toward the iconostasis , hit the royal gates and exploded. On the altar, left charred spot diameter of four centimeters .

“Attacks ” a fireball on the church easily linked to superstition associated with the phenomenon . According to one of them , the appearance of ball lightning – unfortunately . Several witnesses reported that shortly after the observation of this phenomenon they died someone close , not to mention most of the victims of lightning. Incidentally, one of its researchers, assistant professor Mihailo Lomonosov Georg Wilhelm Richman died just in the explosion fireball .
But the most common interpretation of the phenomenon – is embodied in the fireballs souls of the dead , have not found peace. According to legend , one dead , of whom yearn for his family , to his family arrives in the form of ball lightning. Hence , apparently, and the tale of a fiery serpent , widower or widow visited . A Japanese parapsychologists hypothesized justifying it : brain, covered by strong emotions (eg sadness ) emits electromagnetic waves that attract and fireball . And, in fact , not just similar phenomenon was observed by the people whose relatives or friends died recently .

Fireballs sometimes appear near the aircraft at high altitude, sometimes even getting inside the aircraft. In 1946, the four-engine cabin Pe-8 flies over woodland Nyandoma Arkhangelsk region , appeared dazzling white ball . Incidentally , thunderstorms at this time was not, and it took place in the winter. The ball went into the booth operator, and there exploded. How he got into the cab , it is unclear : no inlets was not.

A similar situation is described in the British journal Nature. After a flash of lightning with thunder in the cockpit of the aircraft flying on a flight from New York to Washington , entered a bright blue ball with a diameter of 20 centimeters . He sailed through the passenger compartment , without touching anyone . As in the first case , a fireball went through solid walls, leaving no trace.

So what is a fireball ? First of all , this phenomenon is still not fully understood . Why it behaves differently : it penetrates through the barriers without a trace , and does not cause any damage, on the contrary, brings destruction ? Why is it sometimes moves seemingly on a given route , avoiding obstacles, and rushing to the target ?

There are many hypotheses for the origin of the phenomenon . One of them belongs to the famous physicist Nikola Tesla , who claimed that he was able to get fireballs empirically. However, the details of these experiments remained unknown.

In 1942 the Soviet electrician Babati managed to create within the chamber with spherical low pressure gas discharge, which lasted only a few seconds . In turn, Academician PL Kapitza such discharge was obtained at atmospheric pressure in a helium environment. It was found that the addition of various organic compounds are able to change the brightness and color of the glow .

Recently it was reported that physicists from Tel Aviv University have learned to create a fireball … in a microwave oven! Of concentrated using generator furnace a mixture of oxides of non-metals produces a drop of plasma , which then rises into the air , turning into a ball with a diameter of about three centimeters. However, unlike natural ball lightning , artificial able to hold only a few milliseconds …

But perhaps the most interesting and fabulous education fireballs hypothesis put forward by specialists from the University of Innsbruck (Austria) Josef Peer and Alexander Kendl . They believe that there is a lightning discharge electromagnetic field acting on the visual centers of the cerebral cortex. It generates visual images before my eyes – phosphenes . However, if the fireballs – nothing but hallucinations , how they manage to take photo and video , as well as why they are able to exert a tangible physical effects on people and objects ?