PARALLEL WORLDS – branches of the same tree of life 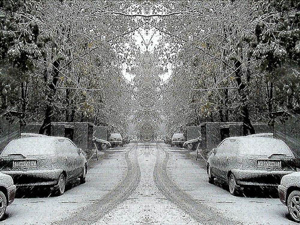 The image of the Tree of Life is the archetype , with which you can explain many phenomena in the universe. Tree of Life – this tree kind where each branch represents an ancestor , is a symbol of the unity of the three worlds – Government Reveal and Navi . With the help of the Tree of Life image of our ancestors imagined as space options , the creation of the world mnogoproyavnosti a whole. Different worlds – it is like the branches of the same tree of life .

And now talking about it , many scientists around the world. So , physicist Hugh Everett metatheory outlined , according to which the universe at any given time is branching into parallel microcosms . Each world is a certain combination microevents that could be realized due to the variability of the probabilistic world. In other words , each a world – how to branch colossal Tree Times ( Hronodendrita ) , growing at the branch has its own laws . Thus, the Times Chart – this is our grand universe , realizing all possible motion. We live in one of the branches of the Tree of Time, with stars forming the metaverse , gravity, entropy, and other phenomena. Tree Times – is essentially a space implementation of all the possibilities inherent laws of probability . Branches of the tree , so there is one line of the possibility of the number of all lies in the previous node.

Proves the ability of the universe to branch experiment conducted by Christopher Monroe Institute of Standards and Technology ( USA). Experience was as follows : the researchers took a helium atom and a powerful laser pulse tore him one of the two electrons. The resulting helium ion immobilized by lowering its temperature to near absolute zero . In the remaining electron in orbit , there were two possibilities: either rotate clockwise or counterclockwise . But physicists deprived of his choice , braked particle in the same laser beam. And then it was an incredible event . Helium atom bisected by implementing itself immediately in the two states : one electron spinning clockwise , the other – counterclockwise … And although the distance between these objects were only 83 nanometers , but the interference pattern is clearly visible traces of both atoms . It was a real physical equivalent ” Schrödinger’s cat “, which is alive and dead at the same time .

In other words, in the event of the circumstances in which , for example, an object must show two opposite properties , the entire universe is divided into two branches. At this time of the one-dimensional vector becomes multidimensional , ie there are several parallel vector time .

Thus, we, our relatives and friends, and just outsiders not only have the ability to continually carry the whole range of a wide variety of actions , but also provide them, and at the same time we live in thousands of worlds! Since , however, every time we have an opportunity to make or not to make this too is not a rich range of actions , or have no choice at all , we can assume that our counterparts are calculated not billions , but rather hundreds or even less.

Now let us remember the image of our dolls, which, as it contains a world at peace . Are not those parallel worlds displayed there ? It turns out that our ancestors knew about many millennia. We are with you , dear reader, are living simultaneously in sets of worlds , and that is the world that we perceive most (vibration of our consciousness ) , we are at a given time. If a person is their piece of the soul ( consciousness ) live simultaneously in multiple dimensions , we have shamanic illness or modern language – schizophrenia varying degrees . The world in which we live , our ancestors called Maya Divine game – this illusory world that is perceived through the prism of our consciousness, passing through many karmic rebirth , so all relative and surreal. From the point of view of quantum mechanics is nothing true and final can not exist at all!

Worlds parallel vectors called Worlds variations , virtual worlds , or just Maya , ie worlds whose existence is possible. Also Worlds variations exist Worlds realities – different realities , where the laws of physics can be very different , giving unfathomable diversity of life forms . This may be a “garden” of trees of different realities. All this idea of God and Family starting point , which was the reason and the start of this development.