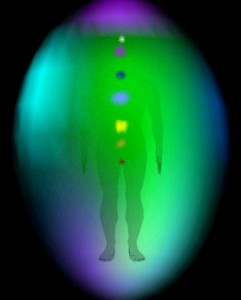 These results are consistent with the opening of the British scientists Hartmann and Curry, who studied the bioenergetic interaction of people with the world. Researchers have discovered the so-called “energy grid ” (later called by their name) – zones of the planet , which vary throughout the day electromagnetic indicators . These zones ( up to four thousand square kilometers) , or “grid” , like ” open ” and ” closed ” depending on the position of the moon , the nearest planets and other space factors.

Explanation of such strange phenomena suggested Professor V. Lugovenko . The scientist believes that ” grid Hartmann and Curry” – evidence of the ” breathing ” of the planet , which, through cracks in the faults ” pumps ” through its deep layers of cosmic energy . And that means that we must treat the world not as a “dead” space object , but as a living organism .

Supports the idea of ​​the living Earth Professor Kuznetsov . According to him, in the definition of a living organism is now used as ” anthropocentric ” view of things. That is ” alive and reasonable” to be allowed only to such forms of organized matter , properties corresponding to animals and humans. The same forms , which are very different from them – in their material composition , size , lifespan, energy consumption , exchange reactions , – the official science to living matter does not consider reasonable .

This ” chelovekotsentrizm ” in the knowledge of the laws of nature anywhere , except in a dead end, modern scientists can not lead. We already see this in their relation to the planet – to all parts of her body , which is the air, water, minerals, plants, animals , people.

But if we accept the hypothesis that the Earth – a reasonable body , how it came ? It is believed that the planets of the solar system , including Earth, formed from a huge dust cloud . Billions of years ago it clashed numerous asteroids , meteors and comets , which under the action of centrifugal forces as would stray into piles . They are continuing to attract smaller celestial bodies, gradually grew, increased in size and finally became known planets . Earth , so – it’s a huge cluster of small celestial bodies , mainly asteroids and comets.

Recently, astronomers increased interest in this cosmic wanderers . They found a lot of incomprehensible behavior . For example, some comets has two tails , which contradicts the laws of celestial mechanics . At Rent – Roland comet , discovered in 1956, the second , abnormal tail can suddenly and inexplicably disappear and just as inexplicably appear. There are comets that spontaneously change their trajectory. Many of these celestial bodies comes incomprehensible radio emission , similar to the signals that some experts gave occasion to announce their intelligence probes aliens. But offered another version : comets and asteroids – creatures with organosilicon nature.

In these astronomical objects is known , water is present – mostly in the form of vapor or ice . Brought into planets ( including Earth ), H2O, no doubt, plays a crucial role in the functioning of the body of the heavenly bodies . Amazing properties of water, made ​​possible thanks to its completely unique structure, particularly its ability to bioenergoinformational exchange are increasingly attract the attention of scientists .

Not only “blood” , but the mind

Now you can with certainty say that H2O – is the “blood ” of the planets , they can not be without her normal life . Not only that – it is the presence of water on the planet there is evidence of reasonableness of an astronomical object . From this point of view should be reasonable even the Moon , in the areas of poles , under the thin surface crust , discovered whole oceans . H2O is present in the world , not only on the surface. Water as a vapor penetrates deep layers that have proven research on Kola super-deep borehole.
Thus, the Earth – is an association of celestial bodies – the living, thinking beings who have given the planet not only their “blood” , but also your mind . Colliding with each other in the protoplanetary gas-dust cloud , blinded in a pile , reasonable comet did not die , and connected , creating a huge living organism reasonable . It was he who eventually became our home Earth.

“As you know , the energy- field in the world around us is not only any living organism , but also to any subject – whether it’s a rock or a chair – says Professor Sidney Jackson (UK). – But the fact that the energy field of a rational being is very different from similar fields of inanimate objects . Energy- fields of the first type have only three kinds of creatures around us : a man and a dolphin … Earth itself ! Yes , it is! Earth – not just a ball of minerals , water and organics. She – a reasonable , thinking being part of the universal community. And in light of this fact ceases to be a mystery , for what reasons periodically from Earth in the depths of space are at a very subtle energy level information peculiar ” sending ” . Obviously, the ” send ” their planet itself … ”

Earth , of course, aware of the existence of human civilization. Moreover, she knows about every living creature on it , whether human or animal. All people associated with unusual phenomena – levitation, dowsing , telepathy , poltergeists , out of the body , and the like – are the result of the interaction of the planet’s bio-field and the human biofield .

However, we can not say that the Earth is set to its population , including the people , friendly. Attitude, rather, purely pragmatic . ” With increasing human population beyond acceptable norms for poisoning food livelihoods of entire regions of the planet , its atmosphere , vegetation, and water it begins to get rid of, ” cleaned ” from the dangerous creatures for her – says Professor Kuznetsov . – Usually it does this by natural disasters. Not so long ago in its arsenal had a tool such as entering into the subconscious of people to self-destruct order , leads to war . Now, when a number of countries of the nuclear weapon , the use of which can lead to disastrous consequences not only for the human community , but also , apparently , for the earth itself , she chose a different tactic . From overly bred people using it get rid of deadly virus … ”

And at the same time without the concerted efforts of the planet is unlikely it would be possible appearance on her person and life in general . The emergence of the people as well as all processes in nature , has its global goal cosmonaut . It consists of the full development of the universal bio-energetic system .

Appointment of planets , including the Earth – to create, maintain and nourish the global bioenergy astral entities (or bioenergy substances ), which is able to give only rational creature such as man , the dolphin , the comet finally Earth itself . And because our planet for us – it is the mother’s womb , the cradle where we are after parting with our mortal physical shell entering his “adult ” life space .